The 3 Most Important Factors in Game Development –

With our focus on creating innovative, new video and casino games in 2021, I wanted to take some time and talk about the major considerations when developing a new game.

IMO, there are three core concepts that lead to a successful new game: Flavor, Gameplay, and Accessibility.

I’ll be talking about these three components and how they can be applied to modern game design, including our new CCG – Asteroid Arena!

Learn more about the Making of Asteroid Arena! here.

Your IP, your characters, art design, and story line can all be categorized under Flavor. In my opinion, this is the #1 concern when designing a new game.

If people don’t care about your characters, or if they aren’t captivated by the visuals in your game… then there’s really no reason for them to play. There are two examples that I can think of that illustrate this point: Star Wars – Galaxy of Heroes (SWGOH) and Teamfight Tactics (TFT).

Both of these games used existing game models: SWGOH took on the genre of freemium hero collector games and TFT took on the genre of auto chess. Neither of these games created original game play, but used the Flavor of their characters and IP to remake an existing game into one that fans cared about. The revenue of these two games in particular dwarf other similar products, and there is very little difference between these two games and their competitors, other than the characters and the artwork.

In our game, Asteroid Arena!, I made Flavor the #1 priority. The distinction between our eight (8) alien factions and how they perceive the world is critical to capturing the imagination of players, which leads to a successful game. One specific example of this is the art direction of each alien faction. I want the artwork to represent our characters’ unique personalities and styles. So, having each alien faction drawn in a different art style was a key decision that we made early in the development process.

Gameplay is just that, how your game is constructed, what the goals for the players are, and how to accomplish those goals. This is where most people get caught up when designing games (and in creating characters, cards, etc.)

The main point here is not to reinvent the wheel. Unless you have some badass new type of game or mod for a game, it’s best to take elements of popular games and add your own spin. Shooters, RPGs, CCGs, Puzzle, Fighting, Adventure and Social Games are examples of some of the archetypes that your game could fall under. There are exceptions to this rule though. After all, League of Legends was born from a Warcraft 3 custom map.

CCGs are another common example. Shadowverse, Hearthstone, Magic the Gathering, and Legends of Runeterra, to name a few, are all CCGs that have the same framework in terms of mana, playing cards, and attacking. However, each game has a slightly different spin on the genre that keeps it unique enough from its competition, while adding its own Flavor and characters within the CCG archetype.

Asteroid Arena! is our new CCG that we’re creating in 2021.

My take on the genre is to give each of the eight alien factions that we’ve designed their own victory condition. Nearly all CCGs have the goal of reducing your opponent down to 0 life to win the game, and are only made for 1v1 matches. Asteroid Arena differs from this, and builds on the Flavor of the game, by having each alien faction have their own goals and reasons for coming to the asteroid. Asteroid Arena! is also a 4 player game, so this adds a whole other dimension of politics (when to attack, when to bide your time, when to make peace, etc) that’s not common with existing CCGs.

Offering a new dynamic or a new way to play an existing genre is a great way to piggyback off of the success of other popular games and fans to boost your own sales.

Two of the biggest design problems, with CCGs in particular, are Complexity and Power Creep.

Complexity is a good way to entice current fans of existing genres. You just make a more difficult version of a game that players are bored with. For example, the creators of Dark Souls, Ninja Gaiden and Cup Head made their games hard on purpose in order to challenge hardcore players and offer a game that remains fun for a longer period of time.

The issue with having a complex game is that newcomers to the genre (who might be attracted to your game and not others because of your unique Flavor), might get frustrated and abandon the game if it’s too hard for them to compete. There’s a balancing act here. You want your game to be unique and have enough depth for advanced players, but also offer ways for new players to either build their skills, or offer an easier strategy of playing the game that they can use until they familiarize themselves with more complex strategies.

Power Creep is another problem associated most commonly with CCGs or Freemium games. Basically, this occurs when game developers make their latest updated characters or cards more powerful than the existing ones in the game so that players are forced to buy or play newer strategies. While this is a good monetization strategy, using it too liberally or often can alienate players and cause them to become jaded with the game. When you get down to it, a game is just that… a game. People want to just relax and play. I know frustration marketing is a thing, but I don’t believe that it’s necessary for the success of these types of games.

I think a good solution to this issue is a seasonal leaderboard or “Blocks” of cards, where an entirely new lineup of characters or cards are introduced so everybody is on the same playing field. A few examples of this are the seasonal format of TFT, or Block tournaments and limited formats in Magic the Gathering.

In Asteroid Arena!, we’re acknowledging this concept of design by making sure some of the alien factions are easier to play than others. By using a different strategy for each alien faction, we can make more simple mechanics for newer players, and advanced abilities for veteran players that play on card interaction, turn priority, or more complicated aspects of CCGs. This approach plays into the core strength of our Gameplay, while easing new players into our game.

The main takeaway that I hope you pick up from this article is: Don’t skimp on world building!

Creating new worlds, personalities, abilities, and conflicts is the crux of superior game design (and the most fun part of designing a new game). If you enjoy the premise, gameplay, and characters in a game you’ve developed… there’s a good chance you’re on to something! Combining that with a focus on Accessibility for new players, and giving back to your community once you start to get fans, could lead you to having the next big hit on your hands.

Dave Thompson is the CEO of Changing Vegas, an indie game development and film studio in Las Vegas. He’s been an avid video game player and strategist for more than 20 years and has dealt high-limit casino games in Las Vegas for the last 10 years. Dave launched SuperDealer, the first online professional casino dealing school in 2020. Changing Vegas’s new CCG called Asteroid Arena! is in pre-production, with play testing to begin in February. 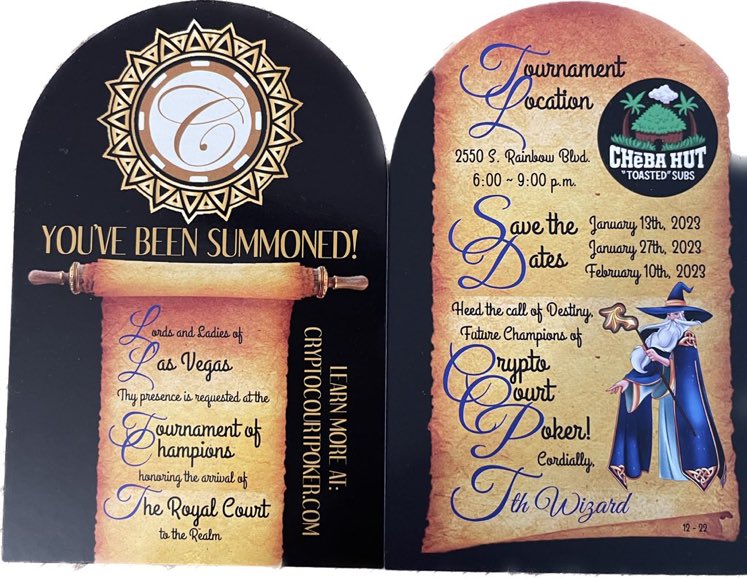 This week, the first alien faction in our Asteroid Arena! NFT Collection dropped on the WAX blockchain! We’re an indie game development + film studio in Las Vegas. In 2022, we’re collaborating with talented Las […]